Unequal Family Lives: Causes and Consequences in Europe and the Americas 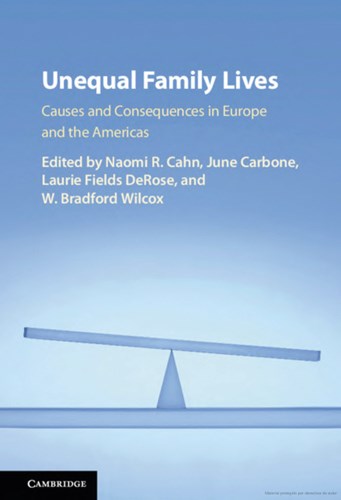 Across the Americas and Europe, the family has changed and marriage is in retreat. To answer the question of what's driving these changes and how they impact social and economic inequality, progressives have typically focused on the economic causes of changing family structures, whereas conservatives tend to stress cultural and policy roots. In this illuminating book, an international group of scholars revisit these issues, offering competing and contrasting perspectives from left, center, and right, while also adding a third layer of analysis: namely, the role of gender - changes in women's roles, male employment patterns, and gendered family responsibilities - in driving family change across three continents. Unequal Family Lives: Causes and Consequences in Europe and the Americas adds richness and depth to our understanding of the relationship between family and economics in the United States, Europe, and Latin America.

As the first volume to tackle family inequality in Europe and the Americas, the book offers a comparative picture of the role of family inequality across Europe and the Americas. It brings together competing and contrasting perspectives from left, center, and right on the relationship between family structure and economic inequality. It provides interdisciplinary perspectives and brings together authors from 'think tanks' and universities.

Part I. The Increasingly Unequal Socioeconomic Character of Family Life: