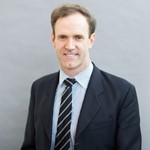 Dr. Samuel Gregg has written and spoken extensively on moral questions in the areas of jurisprudence, medicine, and economics. A graduate of the University of Melbourne, he holds a doctorate in moral philosophy and political econom from Oxford University.

Dr. Gregg is the author of several books, including "Morality, Law, and Public Policy" (2001) and "On Ordered Liberty" (2003), as well as monographs such as "A Theory of corruption" (2004), and "Banking, Justice and the Common Good" (2005). He has also authored Wilhelm Röpke’s Political Economy (2010), Becoming Europe: Economic Decline, Culture, and How America Can Avoid a European Future (2013), Tea Party Catholic: The Catholic Case for Limited Government, a Free Economy and Human Flourishing (2013), and For God and Profit: How Banking and Finance Can Serve the Common Good (2016). He has published in numerous academic journals.

He is Director of Research at the Acton Institute, an Adjunct Professor at the Pontifical Lateran University, and a consultant for Oxford Analytica Ltd. In 2001, he was elected a Fellow of the Royal Historical Society, and a Member of the Mont Pèlerin Society in 2004. In 2008, he was elected a member of the Philadelphia Society, and a member of the Royal Economic Society. In 2017, he was made a Fellow of the Center for the Study of Law and Religion at Emory University. He served as President of the Philadelphia Society from 2019-2020.