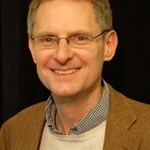 Professor Long's current research focuses on three main areas. The first is the photographic book in the Weimar Republic: a significant cultural form by means of which Weimar photographers, artists, writers, and editors sought to address the problems facing Weimar society, and which provides uniquely illuminating insights into the culture and politics of inter-war Germany. The second, linked to the above, is an investigation of acceleration as a social phenomenon, with particular reference to the visual culture of the Weimar Republic. The third is German literature and photography from Peter Altenberg to the present, in particular, the changing social function of photography over the course of the twentieth and early twenty-first centuries. Publications include W.G. Sebald: Image, Archive, Modernity (Edinburgh Univeristy Press, 2007), and The Novels of Thomas Bernhard: Form and its Function (Camden House, 2001).