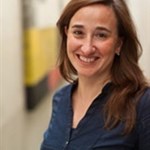 Charo Sádaba, PhD, is Dean of the School of Communication at the University of Navarra, where she also teaches Interactive and Direct Marketing to undergraduate and graduate students. Since 2001 she has been involved in qualitative and quantitative research projects with an international scope on the impact of ICTs on youth. In addition to several journal articles and chapters, she is coauthor of “The Interactive Generation in Iberoamerica”, two reports (2008 and 2010) that reflect the state of the art of ICTs adoption amongst minors in 8 Latin American countries. She is also an independent expert for the EU Safer Internet Program.

She published the study “Minors and Social Networking Sites in Spain” in 2011, and some books and materials for parents and educators about this particular subject. Between 2001 and 2006 she was a member of the COST Action A20 on the Impact of the Internet on the Mass Media in Europe, where she also acted as vice-chair. Sádaba shares the lead researcher position with Ana Marta Gónzalez at the Emotional Culture and Identity Project (Institute for Culture and Society - University of Navarra).