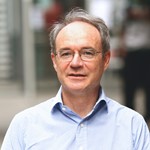 Patrick Bolton is the David Zalaznick Professor of Business at Columbia Business School. He received his PhD from the London School of Economics in 1986 and holds a BA in economics from the University of Cambridge and a BA in political science from the Institut d'Etudes Politiques de Paris. He began his career as an assistant professor at the University of California at Berkeley and then moved to Harvard University, joining their economics department from 1987-1989.

His research and areas of interest are in contract theory and contracting issues in corporate finance and industrial organization. A central focus of his work is on the allocation of control and decision rights to contracting parties when long-term contracts are incomplete. This issue is relevant in many different contracting areas including: the firm's choice of optimal debt structure, corporate governance and the firm's optimal ownership structure, vertical integration, and constitution design. His work in industrial organization focuses on antitrust economics and the potential anticompetitive effects of various contracting practices.