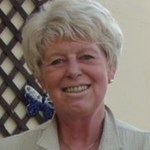 Margaret S. Archer is Professor of Sociology at the University of Warwick.  She undertook her first degree and PhD at the London School of Economics and then did post-doctoral work at the Sorbonne’s Ecole Pratique des hautes Etudes.  She taught at the Universities of Cambridge, London and Reading before moving to Warwick in 1973 where she became Professor of Sociology in 1979.

Her research interests have always centered on ‘the problem of structure and agency,’ which is addressed in her five key books:  Social Origins of Educational Systems (Sage 1979); Culture and Agency (CUP 1988); Realist Social Theory: The Morphogenetic Approach(1995); Being Human: The Problem of Agency(CUP 2000); and Structure, Agency and the Internal Conversation (CUP 2003).

She currently holds a large ESRC grant to explore human reflexivity, its structural (including cultural) conditioning and its independent effects upon the reproduction and transformation of socio-cultural structures.  She is the only woman to have been President of the International Sociological Association (1986-1990) and is a foundation member and Councilor of the Pontifical Academy of Social Sciences.

Visit her personal home page for a complete cv and publications.