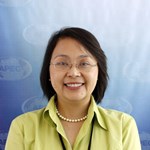 Dr Pasadilla is Partner and Business Director of Leadership Design Pte, Ltd, a boutique consultancy outfit based in Singapore since 2018. Previously, she was Senior Analyst at APEC Policy Support Unit in Singapore from July 2013 to June 2018 where she prepared in-depth reports for APEC Senior Officials and presented to Trade Ministers on digital trade in Asia Pacific. Prior to joining PSU, she was based in Tokyo working as Research Fellow at the Asian Development Bank (ADB) Institute. She has written and published extensively and co-edited books on various trade issues. She helped in trade negotiations and led the Philippine team that negotiated the services chapter of the ASEAN-Australia-New Zealand Free Trade Agreements. She holds a PhD in Economics from New York University, USA; Master in International Law and Economics (summa cum laude)  from the World Trade Institute in Bern, Switzerland; and Master in Industrial Economics from both the University of Asia and the Pacific, Philippines, and New York University; and Bachelor’s degree in Mathematics from the University of the Philippines.