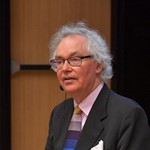 In 2018, Daniel Johnson became the founding editor of a new political opinion website, The Article. Prior to that, he was the editor of Standpoint, the monthly political and cultural magazine that he founded in 2008.  For two decades he was a senior editor, editorial writer and columnist for The Times and the Daily Telegraph. In 1989 he covered the fall of the Berlin Wall and is an acknowledged expert on German politics and intellectual history. From 2005 to 2008 he wrote a weekly column for the New York Sun. His book White King and Red Queen: How the Cold War was Fought on the Chessboard (Atlantic/Houghton Mifflin) appeared in 2007. He contributes regularly to The Times. Sunday Times, Daily Telegraph, Daily Mail, Wall Street Journal, Commentary, New Criterion, American Spectator, National Review and other magazines and websites. He is the son of Paul Johnson, the historian, biographer and journalist, and Marigold Johnson, the social reformer, Anglo-Irish mediator and psychotherapeutic counsellor.