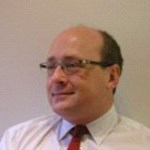 After completing his Diplome d'Ingénieure in Strasbourg, France, and his doctorate in Biochemistry with the University of Stuttgart in Germany, Dr. MacKellar started work in 1991 as a post-doctoral research fellow with the University of Edinburgh synthesizing genetic antivirals against HIV. In 1993, he then continued this research in a biotechnological company in Glasgow for more than four years, during which time he also worked for the international journal Human Reproduction and Genetic Ethics, of which he is now the editor.

In 1997, he began teaching biological chemistry and bioethics at Queen Margaret University in Edinburgh, returning to Strasbourg, France in 2001 to work with the Bioethics Division of the Council of Europe. In 2003, Dr. MacKellar came back to Scotland as the Director of Research of the Scottish Council on Human Bioethics. He is also a member of a UK National Health Service Research Ethics Committee in Edinburgh.

Read his opinion piece on the Scottish law on cloning at scotsman.com.

Read his commentary "Who are the real creators of a living being?" at bionews.org.