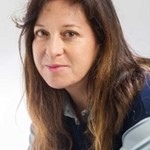 Barbara Osimani obtained a PhD degree at the University of Lugano (2007) with a thesis on the interplay between regulatory and epistemological constraints in drug approval and informed consent. From 2008 to 2012 she has been working as Senior Researcher at the Centre for Bioethics of the Catholic University of Milan. Before joining the MCMP she worked as Research Fellow at the University of Camerino, Department of Pharmacology (2012-2015). Barbara has worked on several health-related network projects such as “Antibiotic Resistance” Funded by the Swiss National Science Foundation (2001-2006) and “GenEthics”, which was funded by the Italian Ministry of Research (2008-2012). Her current research is focused on the foundations of pharmacology and evidence amalgamation.