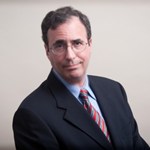 Research Fellow, Hoover Institution, Standford University, and contributing editor at National Review Online. Kurtz has written on some of the most controversial issues of the day – campus free speech, affirmative action, grade inflation, feminism, gay marriage, and the role of religion in public life. Kurtz has also written on the roots of social and cultural divisions in America and the role of women in the Muslim world. After conducting field research in India, Kurtz published extensively on religion, family life, and spychoilogy in non-Western cultures. Formerly a Dewey Prize Lecturer in the social sciences at the University of Chicago, Kurtz has also won numerous teaching awards for his work in a great books program at Harvard University. Since leaving the academy for the world of policy think tank, Kurtz has gained a reputation as an outspoken combatant in America’s culture wars and an innovative commentator on the social foundations of the war on terror.