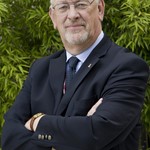 Ron Lesthaeghe is Professor Emeritus of Demography and Social Science Methodology at the Free University of Brussels (VUB). From 1988 to 1991 he was Dean of the faculty of Economics, Sociology and Political Science at that university. He has been awarded visiting professorships at the Institut des Sciences Politiques de Paris, the Université Catholique de Louvain, the University of Antwerp, Harvard University, and at the Universities of Michigan (Ann Arbor) and of California (Irvine).

He is a member of both the Belgian and the Dutch Academies of Science. Prof. Lesthaeghe served on the Fachbeirat of the Max Planck Institut für Demografie in Rostock, Germany (1999-2004). In 2003 he received the Irene Taueber Award of the Population Association of America (PAA) and the Office of Population Research of Princeton University. He also received the 2008 Life Time Award from the International Union of the Scientific Study of Population (IUSSP).

His published work includes, The Decline of Belgian Fertility (Princeton Univ. Press, 1977), Child-spacing in Tropical Africa (Academic Press, 1981), Production and Reproduction in Sub-Sahara Africa (University of California Press, 1989), and Communities and Generations – Turkish and Moroccan Populations in Belgium (VUB-Press, 2000). He also edited Meaning and Choice: Values Orientations and Life Course Decisions, which brings together the results of longitudinal surveys conducted in the U.S. and Western Europe (Netherlands Interdisciplinary Demographic Institute, The Hague, 2000).

Prof. Lesthaeghe earned his license degree and his Ph.D. in the social sciences at the University of Ghent and obtained his M.A. in sociology from Brown University.

Read the abstract of the paper Professor Lesthaeghe presented for STI's Whither the Child? experts meeting.