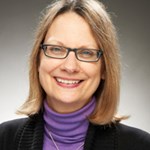 Her research uses large-scale national datasets to explore how labour markets and social transfers structure economic inequalities among women and men, as well as between them. She is also interested in life course research, such as the impact of household divisions of labour on divorce risk. She is currently pursuing these interests under a European Research Council Consolidator Grant (680958, 2016-2021) for the NEWFAMSTRAT project. Her research has thrice been short-listed for a Rosebeth Moss Kanter Award for Excellence in Work-Family Research (2006, 2010, 2013), with past funders including the British Academy, the Deutscher Akademischer Austausch Dienst-Wandel durch Austausch (DAAD), the Economic and Social Research Council, the European Commission (IRISS), the Leverhulme Trust, and others.