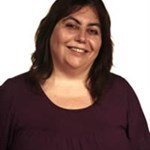 Dr. Nira Yuval-Davis is a professor and post-graduate leader of Gender, Sexualities and Ethnic Studies at the University of East London. She has been president of the research committee 05 on Racism, Nationalism and Ethnic Relations of the International Sociological Association. She is a founder member of Women Against Fundamentalisms and the international research network on Women in Militarized Conflict Zones. She has written extensively on intersectionality, nationalism, racism, citizenship, migration and gender relations in Britain, Europe, Israel and other Settler Societies.

Among her many books are Woman-Nation-State (Macmillan, 1989); Racialized Boundaries (Routledge 1992); Unsettling Settler Societies (Sage, 1995); Women, Citizenship and Difference (Zed Books, 1999); Warning Signs of Fundamentalisms (WLUML, 2004) and The Situated Politics of Belonging (Sage 2006). Her book Gender and Nation (Sage, 1997) has been translated into seven different languages.