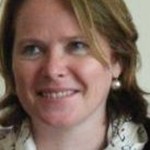 She read English and Philosophy at Durham University and received her MA and PhD from the School of Public Communication, University of Navarra, Spain, where she is currently a visiting lecturer.

Professor Sanders was formerly head of the Press and Parliamentary Office at the British Chamber of Shipping. She lived in Peru and Spain where she lectured on Politics and Journalism and published her study of Peruvian national identity in 1997.
Her chief research interests include tradition, national identity and the mass media, particularly in a Latin American and European context, and the media and the public sphere.