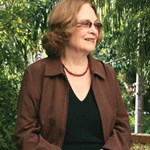 Diana Crane is Professor Emerita of Sociology at the University of Pennsylvania, Philadelphia, PA. She has also taught at Yale University, Johns Hopkins University, University of Poitiers (France), Erasmus University (The Netherlands) and Columbia University in Paris. She received her Ph.D. from Columbia University.  She has been awarded a Guggenheim Fellowship, been a Member of the Institute for Advanced Study (Princeton, NJ), and a visitor at the Bellagio Study and Conference Center (Rockefeller Foundation, Bellagio, Italy). She has held Fulbright Awards in France and the Netherlands. She was chair of the Sociology of Culture Section of the American Sociological Association in 1991-1992. She has been a member of the Advisory Board of Poetics since 1992.

A specialist in the sociology of culture, arts, and media, she is the author of numerous articles and several books, including The Transformation of the Avant-Garde: the New York Art World, 1940-1985 (1987), The Production of Culture: Media and the Urban Arts (1992), and Fashion and Its Social Agendas: Class, Gender and Identity in Clothing (2000). She is co-editor of The Sociology of Culture: Emerging Theoretical Perspectives (1994) and Global Culture: Media, Arts, Policy, and Globalization (2002). Her books have been translated into Chinese, Italian, Japanese, Korean, and Turkish.

Professor Crane wrote the introduction for Fashion and Identity: A Multidisciplinary Approach.