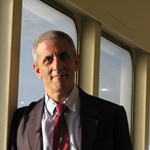 David Rieff is a New York-based journalist and author. During the nineteen-nineties, he covered conflicts in Africa (Rwanda, Burundi, Congo, Liberia), the Balkans (Bosnia and Kosovo), and Central Asia. He has written extensively about Iraq, and, more recently, about Latin America. He is the author of numerous books, including Slaughterhouse: Bosnia and the Failure of the West (Simon & Schuster, 1995), A Bed for the Night: Humanitarianism in Crisis (Simon & Schuster, 2003) and In Praise of Forgetting: Historical Memory and Its Ironies (Yale University Press, 2016). He has published numerous articles in The New York Times, the Los Angeles Times, The Washington Post, The Wall Street Journal, Le Monde, El Pais, The New Republic, World Affairs, Harper's, The Atlantic Monthly, Foreign Affairs, The Nation, and other publications.