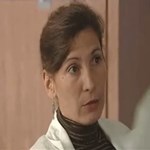 Sara González Andino received the M.Sc. degree in Physics (with honors) from the University of Havana in 1985 and the PhD degree in Sciences from the University in 2001. She was Associated Researcher at the Cuban for Scientific Research from 1985 to 1995. From 1989 to 1990 she worked as a visiting researcher at the Institute of Experimental Audiology, University of Münster. She has worked at the Brain Mapping Lab. She has been head of the Electrical Neuroimaging Group since 2004. Her research interests include biophysical modeling, inverse and direct problem solution in biomedicine, Brain Computer Interfaces and studies about coherence and synchrony in the human brain.

Read the abstract of the paper Professor González Andino presented for STI's Is Science Compatible with Our Desire for Freedom? experts meeting.