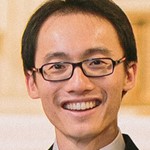 His primary research areas are the philosophy of physics, metaphysics, and the intersection of rationality, action theory, and moral psychology.  He studied mathematical physics and philosophy at Princeton, graduating with a BA in Astrophysics. He then obtained an MA in philosophy at the University of Pittsburgh and held an Earhart Fellowship while visiting the Department of Philosophy at Harvard University.