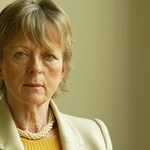 Josephine Quintavalle was born in New Zealand, married an Italian writer, has 5 grown-up sons, worked in journalism in Italy and was a pregnancy crisis counsellor for the LIFE organization for 20 years after moving to London. She is an English graduate of London University.

In 1994 she founded Comment on Reproductive Ethics (CORE), a pro-life public interest group focused specifically on issues surrounding human reproduction. It aims to facilitate informed and balanced debate, to involve lay people in broader discussion, to encourage greater participation on the part of philosophers, theologians and social scientists, and where necessary to bring about democratic change and reform to the legislation controlling these practices. It benefits from the expert advice of an ad-hoc academic advisory board.

Human cloning and embryonic stem cell science have been major campaign focuses of the group over the last years. CORE organized the first human cloning conference in the United Kingdom, held at the Royal Society in March 1999.

She is a regular contributor to media debates and has published articles in the religious and secular press on many aspects of assisted reproduction, most recently in the field of ‘designer babies’.