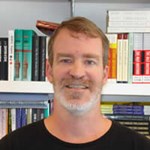 His second book, tentatively titled Contested Reproduction: Genetic Technologies, Religion and Public Debate (University of Chicago Press), examines how ordinary religious people in the United States talk about reproductive genetic technologies. It also is a contribution to one of Evans’ other interests-polarization in public debates– in that it examines whether or not people will want to debate this issue in the future or whether they will consider it to be a hopelessly polarized issue like the abortion debate.

In addition to these books, Evans has written over 35 articles and book chapters on topics in religion, culture, politics and science. His last book is What is Human? What the Answers Mean for Human Rights (Oxford University Press, 2016). He earned his BA from Macalester College and his PhD from Princeton.

Read Professor Evans' article "Religion and Science: Beyond the Epistemological Conflict Narrative" from the Annual Review of Sociology.