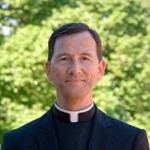 Dr. Joachim Huarte was born in Spain and is a double national of Spain and Switzerland, where he now resides. Dr Huarte received his PhD in Biological Sciences in 1987 at the Science Faculty of the University of Geneva. He wrote his thesis title on “Plasminogen activators of mouse gametes: potential insights into the biology of fertilization”, which was awarded a Prix BIZOT.

His research has focused on molecular activation of maternal mRNAs (1983-1998), mammalian fertilization (1985-1993), oganogenesis of the pancreas (1990-1996), animal experimental models for medical research (1990-2001) and most recently, meiotic maturation of oocytes and use of embryonic stem cells.

Read some of his presentations regarding embryos.

Read the abstract of the paper Dr. Huarte presented for STI's Focus on the Embryo meeting.