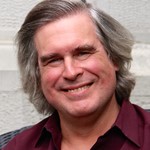 Gilles Brassard is Professor of Computer Science at the Université de Montréal, where he holds the Canada Research Chair on Quantum Information Processing. He is the (co)inventor of quantum cryptography, privacy amplification, quantum teleportation, quantum entanglement distillation and amplitude amplification. He was the Editor-in-Chief for the Journal of Cryptology from 1991 until 1997 and is the author of three books that have been translated into eight languages. He is a Fellow of the Royal Society of Canada (Academy of Science), of the Canadian Institute for Advanced Research and of the International Association for Cryptologic Research. Prof. Brassard received his PhD in Computer Science from Cornell University in 1979.

Read the abstract of the paper Professor Brassard presented for STI's Is Science Compatible with Our Desire for Freedom? meeting.