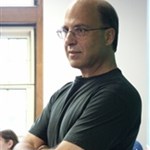 Alfred R. Mele is the William H. and Lucyle T. Werkmeister Professor of Philosophy at Florida State University and director of the Big Questions in Free Will Project (2010-13).

Read the abstract of the paper Professor Mele presented for STI's Is Science Compatible with Our Desire for Freedom? experts meeting. View his presentation here.