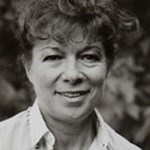 Virginia Held is Distinguished Professor of The Graduate Center at City University of New York. Her most recent books are How Terrorism Is Wrong: Morality and Political Violence (Oxford University Press, 2008) and The Ethics of Care: Personal, Political, and Global (Oxford, 2006). Among her other books are The Public Interest and Individual Interests, Rights and Goods: Justifying Social Action, and Feminist Morality: Transforming Culture, Society, and Politics, as well as several edited collections.

In 2001-2002 she was President of the Eastern Division of the American Philosophical Association; she has been a fellow at the Center for Advanced Study in the Behavioral Sciences, and has had Fulbright and Rockefeller fellowships.

Read brief synopses of Held's books and papers with links to reviews and purchase points at philpapers.