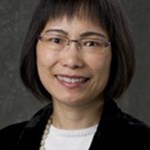 Hui’s research examines the centrality of war in the formation and transformation of “China” through the entire span of Chinese history. She is the author of War and State Formation in Ancient China and Early Modern Europe (Cambridge University Press, 2005).  She has published articles “Toward a Dynamic Theory of International Politics,” “The Emergence and Demise of Nascent Constitutional Rights,” “History and Thought in China’s Traditions,” “Building Castles in the Sand,” “How China Was Ruled,” and book chapters “How Tilly’s Warfare Paradigm Is Revolutionizing the Study of Chinese State-Making,” “The China Dream: Revival of What Historical Greatness?”, “Confucianism and Peacemaking in Chinese History,” “Citizenship Rights in Ancient China,” “The Triumph of Domination in the Ancient Chinese System” and “Problematizing Sovereignty.”

As a native of Hong Kong, Hui also analyzes Hong Kong politics. She testified at Congress, has maintained a blog “The Umbrella Movement and Beyond,” and has published an article “Hong Kong’s Umbrella Movement: The Protest and Beyond.” Hui teaches courses on the state and contentious politics.