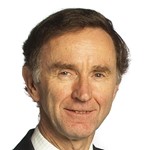 Stephen Green was Chair of HSBC between 2006 and 2010 and Minister of State for Trade and Investment in the British Coalition Government from 2011 to 2013. He has been a member of the House of Lords since 2010. He is Chair of the Natural History Museum in London, of Asia House and of the company that is overseeing the delivery of the Lambeth Conference of Anglican Bishops from around the world, to be held in 2022.

He has written several books, including The Human Odyssey: East, West and the Search for Universal Values. Most recently, he co-authored. Unwritten Rule: How to fix the British Constitution. He is an ordained priest of the Church of England.

Lord Green presented his paper, “Benevolence in the Marketplace: A Geopolitical and Cultural Perspective” at the Can Benevolence Change the World? virtual Experts Meeting.