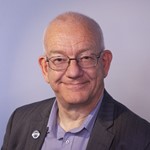 Dr Davies is the Head of Education at the Institute of Economic Affairs (IEA). Previously he was program officer at the Institute for Humane Studies (IHS) at George Mason University in Virginia. He joined IHS from the UK where he was Senior Lecturer in the Department of History and Economic History at Manchester Metropolitan University. He has also been a Visiting Scholar at the Social Philosophy and Policy Center at Bowling Green State University, Ohio. A historian, he graduated from St Andrews University in Scotland in 1976 and gained his PhD from the same institution in 1984. He has authored several books, including Empiricism and History (Palgrave Macmillan, 2003) and was co-editor with Nigel Ashford of The Dictionary of Conservative and Libertarian Thought (Routledge, 1991).