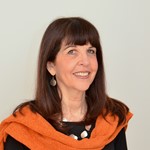 The Hebrew University of Jerusalem

Ruth Fine is Salomon and Victoria Cohen Professor in Iberian and Latin American Studies at the Hebrew University of Jerusalem, Israel. She finished her postgraduate degree at the University of Buenos Aires and her Ph.D. at the Hebrew University of Jerusalem. Her fields of expertise are literary theory, the Spanish Golden Age literature, the work of Cervantes and the literature of the Conversos. In these areas she has published more than 100 articles and books. Presently, she acts as the Director of the Department of Spanish and Latin American Studies, as President of the International Association of Hispanists, Honorary President of the Israeli Association of Hispanists and Vice-President of the International Association of Cervantistas. In 2013 she was awarded the "Orden del Mérito Civil" by the Spanish Crown. In 2016 she was appointed Correspondent Member of the Royal Spanish Academy. In 2019 she received a Doctor Honoris Causa from the University of Navarra.

She has been a visiting professor at many universities of the Americas and Europe and organized a dozen international conferences. She is part of the Editorial Board of prestigious scientific bulletins and publishing houses.