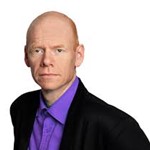 Roger Strand is Professor at the Centre for the Study of the Sciences and Humanities and the Centre for Cancer Biomarkers at the University of Bergen, Norway, and Adjunct Professor at Department of Biotechnology and Food Science, the Norwegian University of Science and Technology, Trondheim, Norway. Originally trained as a natural scientist (PhD, biochemistry 1998), Strand developed research interests in the philosophy of science and has worked on issues of scientific uncertainty and complexity, including the theory of post-normal science. This has gradually led his research into broader strands of social research, philosophy and broader issues of policy, decision-making and governance at the science-society interface. He has coordinated two EU FP7 projects (TECHNOLIFE and EPINET), which both addressed the need for more dynamic governance of science in society. He was a member of the National Research Ethics Committee for Science and Technology in Norway (2006-2013) and Chair of the European Commission Expert Group on Indicators for Responsible Research and Innovation (2014-2015). He is one of the Directors of the European Centre for Governance in Complexity. Recently, he co-authored an open access book on circular economy policies, The Circular Economy in Europe: Critical Perspectives on Policies and Imaginaries (Routledge Explorations in Sustainability and Governance)​.