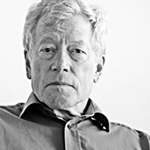 Sir Roger Scruton was a British philosopher and freelance writer. He was also a broadcaster, journalist, composer, and countryside campaigner. He was honorary Professor of Philosophy at the University of Buckingham. From 1982-2000 he edited The Salisbury Review, a journal of conservative thought. He founded the Conservative Philosophy Group. He wrote a regular wine column for the New Statesman. His second opera 'Violet' was performed by the Guildhall School of Music, in London, Dec. 2005. Among his many books are News from Somewhere – on Settling about his life as a meta-farmer, Death Devoted Heart – Sex and the Sacred in Wagner's Tristan and Isolde, and "The Soul of the World".

In his many published writings Sir Scruton sought to understand and uphold the various achievements of Western Culture, and the institutions through which it is passed on to future generations. In his political philosophy, he articulated and defended conservatism. His primary field however was aesthetics, in which he criticized post-modernism and architectural modernism, and attempted to comprehend music.

In 2016, he was knighted for “services to philosophy, teaching and public education.”

Read his article "The End of the University", published by First Things on April, 2015.