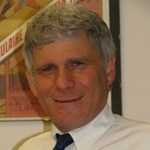 Robert I. Lerman, Senior Fellow at the Urban Institute and Professor of Economics at American University, is an economist with research and policy experience dealing with range of social policies. Since the 1970’s, he has worked in public policy and in research on the relationship between family patterns, poverty, and welfare programs. As a staff economist for both the Congressional Joint Economic Committee and the U.S. Department of Labor, he participated in policy development on welfare reforms and youth employment issues. As one of the fist scholars to examine the patterns and economic determinants of unwed fatherhood, he co-edited and contributed three chapters to Young Unwed Fathers: Changing Roles Emerging Policies. Other important family-related publications include “Employment opportunities of Young Men and Family Formation”, in American Economic Review Papers and Proceedings (1989), “The Impact of the changing US Family Structure on Child Poverty and Income Inequality”, Economica (1996) (republished in 2001 in the Income Distribution, Volume II, as part of the International library of Critical Writings in Economics). With Elaine Sorensen, he examined the dynamics of father involvement with children born outside marriage-families now referred to as “fragile families” (published in Marriage and Family Review) and published a review paper on child support in Means-Tested Transfer Programs in the U.S. (2003. University of Chicago Press). Currently, Dr. Lerman is focusing on marriage issues, as Principal investigator of the evaluation of the Community Healthy Marriage Initiative and, with Avner Ahituv, studying the interaction between the dynamics of marriage and labor market outcomes, under a grant from the National Institute for Child Health and Human Development (NICHD). Dr. Kerman earned his AB from Brandeis University and Ph.D. in Economics from the Massachusetts Institute of Technology.