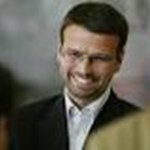 Since 2003 Dr. Bonelli has been the director of the neuropsychiatric outpatient clinic at the University Clinic of Graz and group leader of its biological psychiatry research group. His basic scientific research interests include Huntington’s disease, psychopharmacology, psychiatric MRI research, and geriatric neuropsychiatry. He has published more than 150 scientific articles and serves as a scientific peer reviewer for various medical journals.