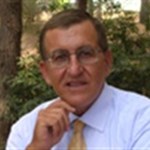 Pierpaolo Donati is Full Professor of Sociology of the Family at the Faculty of Political Science at the University of Bologna (Italy), where he also serves as Chair of the Post-Graduate course (Ph.D) in Sociology and as Director of the Ceposs (Center of Research on Social Policy).  He also teaches advanced sociology and sociology of welfare.  He is Past-President of the Italian Association of Sociology, and founder and director of CIRS (Intra-university Center for Sociological Research), a network of academic networks for empirical research. He has been a member of many committees in public and private institutions of scientific research and advisory boards in social policies, both at the national and international level.

In 1997, Professor Donati was appointed member of the Pontifical Academy of Social Sciences. In 2000, he was appointed counselor on the board of the International Institute of Sociology (IIS).  He has directed many sociological national surveys on different topics and has taken part in several international comparative research projects on social welfare.  At present, he participates in the scientific committees of twelve sociological journals and is editor of the journal Sociology and Social Policy.  He is also Director of the National Observatory on the Family, attached to the Italian Ministry of Labor and Welfare.  He is the founder of what is known as “relational sociology".