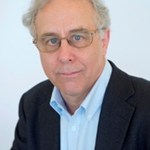 Peter Utting is the Deputy Director of the United Nations Research Institute for Social Development (UNRISD). He specializes in research on corporate social responsibility, business regulation and sustainable development. In his work at UNRISD, he coordinates projects in these areas and has been responsible for overseeing the preparation of several of the Institute's flagship reports, including States of Disarray: The Social Effects of Globalization and Visible Hands: Taking Responsibility for Social Development. At UNRISD he has also coordinated projects on rebuilding war-torn societies and participatory approaches to natural resource management and conservation.

Prior to joining UNRISD in 1992 Dr. Utting worked for 12 years in Nicaragua on a range of development and environment issues, including the social impact of structural adjustment programs, agrarian reform and food policy. During much of this time he was based at the Center for Research and Studies on Agrarian Reform (CIERA). He also participated in regional and international research projects on the social and environmental effects of deforestation, economic reform in Third World socialist countries, and food security in developing countries. During the latter half of the 1970s, Dr. Utting managed housing, health and nutrition projects in the interior region of Nicaragua, worked on the construction of gas pipelines in Scotland and farming in France. He holds a Ph.D. and other degrees in Sociology and Development Studies.