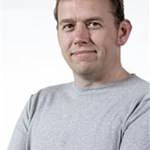 Peter Newell is Professor of Development Studies at the University of East Anglia. His research interests lie in the international political economy of environment and development.

Before joining UEA he was James Martin Fellow at the Center for the Environment at Oxford University. He has held positions as Principal Research Fellow at Warwick University’s Center for the Study of Globalization and Regionalization, Research Fellow at the Institute of Development Studies, University of Sussex, Associate Professor at FLACSO Argentina and the Instituto de Estudios para la Sustentabilidad Corporativa and lecturer in International Political Economy at the University of Warwick.

He has also worked in the NGO sector for Climate Network Europe in Brussels and Friends of the Earth, London, as a researcher and lobbyist. He has conducted consultancy and policy work for UNDP, GEF and the Inter-American Development Bank, the International Center for Trade and Sustainable Development, Climate Action Network, The Earth Council, and governments such as the Swedish and UK governments. He has also undertaken training work for many development agencies and sits on the board of the NGO One World Trust.