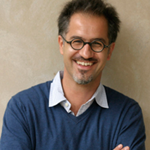 He is associate professor of Political Science at Temple University, where he teaches courses in international relations, international political economy, global governance and related topics, often including coverage of Europe. He is the recipient of the Distinguished Teaching Award from the College of Liberal Arts, and has served as Chair of the Undergraduate and Departmental Honors Programs.

​Fioretos is former president of the International History and Politics Section of the American Political Science Association.  He has been a guest researcher at the Wissenschaftszentrum Berlin; Sciences-Po, Paris; University of California - Berkeley; Washington University in Saint Louis; and Georgetown University.  Fioretos received his Ph.D. from Columbia University.