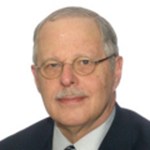 Theologian, author and former U.S. ambassador, Michael Novak currently holds the George Frederick Jewett Chair in Religion, Philosophy, and Public Policy at the American Enterprise Institute in Washington, D.C. He is the 1994 recipient of the million-dollar Templeton Prize for Progress in Religion. He graduated from Stonehill College (BA, Philosophy and English) and the Gregorian University (BA Theology). He continued theological studies at Catholic University of America and then at Harvard, where he received an MA in 1966 in History and the Philosophy of Religion. Mr. Novak has written 26 influential books on the philosophy and theology of culture, especially the essential elements of a free society. His writings have appeared in every major Western language, and in Bengali, Korean and Japanese. His masterpiece, The Spirit of Democratic Capitalism, was published underground in Poland in 1984 and after 1989 in Czechoslovakia, Germany, China, Hungary, Bangladesh, Korea, and many times in Latin America. His wife, Karen Laub-Novak, is a professional artist and illustrator