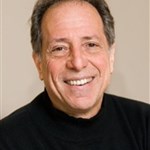 Dr. Kimmel is the founder and editor of Men and Masculinities, the field’s premier scholarly journal, a book series on Gender and Sexuality at New York University Press, and the editor of the Sage Series on Men and Masculinities.  He is the Spokesperson for the National Organization for Men Against Sexism (NOMAS) and lectures extensively in corporations and on campuses in the U.S. and abroad.

Read an excerpt from Guyland in USA TODAY

Read Dr. Kimmel's article "A Black Woman Took My Job," in which he argues that men should work for gender equality, in the New Internationalist.

Read a PBS interview with Dr. Kimmel in which he discusses violence against women.