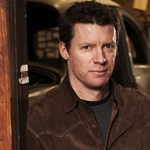 Matthew B. Crawford studied physics as an undergraduate, then turned to political philosophy (Ph.D. Chicago). He has published on ancient political thought, philosophy of science, economic culture, and higher education. He is the author of Shop Class as Soulcraft: An Inquiry into the Value of Work (Penguin 2009),  The World Beyond Your Head: On Becoming an Individual in an Age of Distraction (2016), and Why We Drive (2020). He is currently a research fellow at the Institute for Advanced Studies in Culture at the University of Virginia, a contributing editor of The New Atlantis, and the proprietor of Shockoe Moto, an independent motorcycle repair shop in Richmond, Virginia. He appeared in the 2014 documentary, Merchants of Doubt.