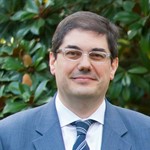 Mariano Crespo obtained his PhD in Philosophy at the Complutense University in Madrid (Spain). He has been Professor at the San Dámaso University and at the Francisco de Vitoria University, both in Madrid. From 1995 to 2004 he was Assistant Professor and then Associated Professor at the International Academy of Philosophy in the Principality of Liechtenstein. From 2005 till 2013 he was Associated Professor at the Philosophy Department of Catholic University from Chile. Since 2013 he is Research Fellow of the Group “Emotional Culture and Identity” of the Institute Culture and Society (ICS) and Professor of the Philosophy Department of the University of Navarra. He teaches there Theory of Knowledge and Ethics and is the Director of the PhD Programm in Philosophy. He has also been Visiting Scholar at the Husserl Archives of the Catholic University of Leuven (Belgium), at the Phenomenology Research Center of the Southern Illinois University (USA) and at the Center for Subjectivity Research (University of Copenhagen). He is the author of the books Forgiveness. A Philosophical Investigation (2nd edition, 2016), The Ethical Value of Affectivity. Studies in Phenomenological Ethics (2012) and with Urbano Ferrer, The Person in Context of Morality and Sociality. Studies in Early Phenomenological Ethics (2016). He has edited also the fourth edition of Alexander Pfänder’s Logic, the Spanish version of Adolf Reinach’s book The apriori Foundations of Civil Law and the volumes Human Dignity. Metaphysics and Ethics and Transcendental Philosophy, Phenomenology and Natural Law (2018). He has also translated and authored several papers on ontological, epistemological and ethical topics, most of them from a phenomenological standpoint. He is married and father of four children.