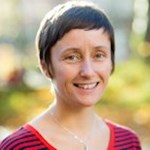 Associate Professor in Media and Communication and Deputy Director of Student Education.

Dr Parry’s research interests cover a range of subjects in communications and politics, including: war and media; photojournalism and visual culture; visual media activism, political communications and election coverage; and political culture across media genres. Prior to starting a lectureship at Leeds in 2011, she worked on the AHRC-funded project, ‘Media Genre and Political Culture’, with Kay Richardson and John Corner at the University of Liverpool, exploring the way in which media formats other than journalism portray politics. In addition to publishing work from this project, including the book ‘Political Culture and Media Genre‘ (Palgrave 2012), she also continues to write on images, politics and war. She is co-author of Pockets of Resistance: British news media, war and theory in the 2003 invasion of Iraq (Manchester University Press, 2010), with Piers Robinson, Peter Goddard, Craig Murray and Philip M. Taylor. She is currently working on the book Visual Communication: Understanding Images in Media Culture (with Giorgia Aiello), with SAGE, to be published in 2017.