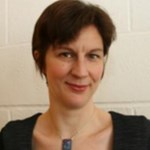 Dr Wright became an academic after a lengthy career as an award-winning journalist, working on top Scottish, UK and international news programmes at the BBC, as well as on arts features and investigative documentaries. She is particularly interested in the media representation of Africa because of the time she spent producing the pan-African bulletin, broadcast by BBC World Service Radio. Dr Wright’s research sits at the intersection of media, activism and global governance, with a particular emphasis on constructions of “Africa”. She has published widely on the roles played by staff and freelance journalists, NGOs and multinational businesses in media production processes, as well as on the interaction of social and mainstream media texts. She is currently working on a research monograph: Who is Reporting Africa Now? Journalists, Non-Governmental Organisations and Multimedia. (Peter Lang)