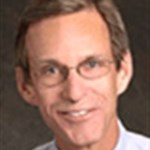 University of Texas at Austin

His interests lie in the areas of reproductive health, population and development, and demographic estimation. Together with Carl Schmertmann, Renato Assunção, and Suzana Cavenaghi, he has been involved in analyzing the fertility transition in Brazil using microdata from the censuses from 1960 to 2000 using spatial statistics. An earlier project on Brazil concerned the excessive use of cesarean section deliveries in the private sector, and how obstetricians create rather than respond to the demand for these procedures.

Three current projects involve analysis of the impact of changing age distributions on labor force outcomes in Mexico and Brazil (MacArthur Foundation); the the rise of Protestantism in Brazil (Metanexus/Templeton Foundation); and oral contraceptive use along the US-Mexico border (NICHD). The latter is a five-year collaborative project with the University of Texas at El Paso and Ibis Reproductive Health.

He completed his PhD in economics at Princeton University.

Read the abstract of the paper Professor Potter presented for STI's Whither the Child? experts meeting.