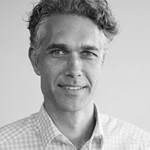 Jörg Metelmann is an Associate Professor of Culture and Media Studies at the Business University of St.Gallen. He received his Ph.D. for a monograph on aesthetics and media violence in the cinema of Michael Haneke and wrote his habilitation on media emotions. He has edited and co-edited volumes on video surveillance, pop culture and pornography, aesthetics and religion, decency, education and entrepreneurship. His most recent publication (ed., with Scott Loren) is Melodrama After The Tears. New Perspectives on the Politics of Victimhood (Amsterdam University Press 2016).