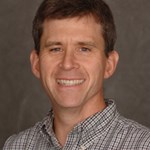 James A. Millward is Professor of History at the Walsh School of Foreign Service, Georgetown University, where he teaches Chinese, Central Asian and world history to undergraduates and graduate students.  He received his bachelor's degree from Harvard, MA from the School of Oriental and African Studies (University of London), and his Ph.D. in history from Stanford.

His research, which has received funding from Fulbright, the Mellon Foundation, National Endowment for the Humanities and other foundations, concerns China and Central Eurasia, and, more broadly, the issue of historical cultural exchange. He is the author most recently of The Silk Road: A Very Short Introduction (Oxford, 2013).  Previous books have focused on China and Inner Asia, especially the Xinjiang region (Beyond the Pass and Eurasian Crossroads), as well as Mongolia and the importance of Tibetan Buddhism to the Qing empire (New Qing Imperial History: the Making of Inner Asian Empire at Qing Chengde.

Millward has served on the boards of the Association for Asian Studies (China and Inner Asia Council) and the Central Eurasian Studies Society.  He also served as president of CESS in 2010.  In 2014-2015 he co-directed the Mellon Foundation Sawyer Seminar at on Critical Silk Road Studies, and continues to direct the Asia in Depth lecture series at Georgetown.