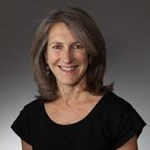 She is the Sié Chéou-Kang Chair for International Security and Diplomacy and Director of the Sié Center. She is also the inaugural Editor-in-Chief of the ISA’s newly launched Journal of Global Security Studies.

Her research (funded by grants from the Institute for Global Conflict and Cooperation, the John D. and Catherine T. MacArthur Foundation, the Smith Richardson Foundation, and the Carnegie Corporation, among others) focuses on civil-military relations, the roles of non-state actors in security, the politics of controlling violence, and global governance.

Under her leadership the Sié Chéou-Kang Center launched the Private Security Monitor, an annotated guide to regulation, data and analyses of global private military and security services, in 2012. In 2013 she was awarded an honorary doctorate from University of St.Gallen for her research and contribution toward regulating private military and security companies. Prior to joining the Josef Korbel School of International Studies, she held positions at the University of California, Irvine and George Washington University.