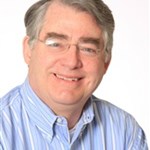 David Smith is a graduate of Carleton College, the Yale Divinity School and Princeton University (PhD 1967). He taught for 36 years at Indiana University where he chaired the Department of Religious Studies and Directed the Poynter Center for the Study of Ethics and American Institutions. Since “retirement” he has taught at Yale and DePauw universities. At Yale he currently serves as director of the Bioethics Center; he teaches one course each semester while also trying to marshal Yale’s resources in bioethics into more or less coherent programs.

His most recent book is Partnership with the Dying, which argues for the importance and role of religious institutions in improving care for the dying in the United States.