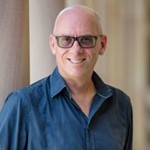 Prior to joining the University of Queensland, Professor Reus-Smit held Chairs at the European University Institute and the Australian National University (where he was Head of the Department of International Relations from 2001 to 2010). Reus-Smit was elected a Fellow of the Academy of the Social Science in Australia in 2008, and was Vice-President of the International Studies Association for 2013-2014. He is a Research Associate of the Oxford Institute of Ethics, Law, and Armed Conflict, University of Oxford.