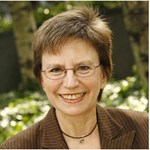 She is Editor of the Journal of Social Philosophy, Executive Director of the Society for Philosophy and Public Affairs, and Vice-President/ President Elect of the American Section of the International Society for Philosophy of Law and Social Philosophy. She has held fellowships and grants from the National Endowment for the Humanities, the National Science Foundation, the Rockefeller Foundation, the Woodrow Wilson International Center for Scholars and the Fulbright Foundation, as Senior Scholar in France and as Fulbright Distinguished Chair at the European University Institute in Florence.

She is the author of Interactive Democracy: The Social Roots of Global Justice (Cambridge University Press, 2014),  Globalizing Democracy and Human Rights (2004) and Rethinking Democracy (1988), as well as editor of seven books including Women and Philosophy, Beyond Domination, The Information Web, Cultural Identity and the Nation-State, and Gender, and has published over fifty articles in social and political philosophy, feminist theory, and applied ethics.